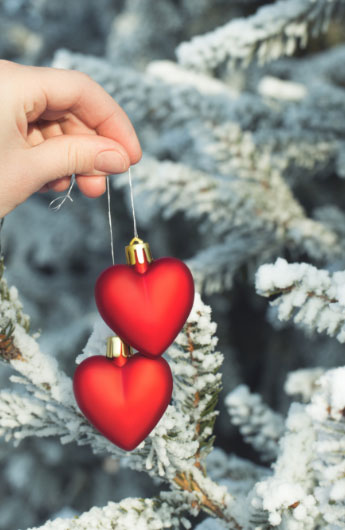 Imagine if God had shown up in the world as grand president rather than as a gentle baby. Everything would have been different for every one of us. You and I would have been excluded from God’s great purpose.

On January 20, 1953, Harry Truman climbed onto the platform next to Herbert Hoover for President Dwight Eisenhower’s inauguration. He looked at Hoover and said, “I think we ought to organize a former Presidents club.” Truman replied, “Fine. You be the president of the club. And I will be the secretary.” Eventually the idea became a reality, establishing the most exclusive club in history.

If the Presidents Club is the most exclusive club ever formed, what might be the second most exclusive club? Some people would point to the Christian faith. “Yours is the only religion,” people have told me, “that makes itself the one way to heaven. By your very belief, you exclude the rest of the world.”

It is true that Christ said, “I am the way, the truth, and the life. No one comes to the Father but through me” (John 14:6, NIV). But does this emphasis on ‘one way to heaven’ make Christ’s message exclusive? Actually not. Rightly understood, Christianity is the most inclusive world religion in existence.

Imagine a city with a single gate that welcomes all who are willing to enter. Let us call it the gate of faith. Above that gate are written the words, “Only Believe.” Put next to it a thousand gates of works, representing the non-Christian religions of the world. Above each of these gates is a list detailing the things a person must do to pass through them. And if one succeeds in opening one of these gates, he or she will be immediately confronted by a wall rather than by direct access to God.

If you don’t know what I am talking about, speak with a devout Muslim, a member of the second largest religion in the world. Ask Islam’s most devoted adherents if they know for certain that they will be brought into heaven after they die. They will tell you they cannot be completely sure. For the god of the Koran requires us to “do” certain things to be pleasing to God. And we can never be sure if we have done enough. And so it is for every religion in the world … except for Christianity as taught by Christ.

God came as one of us that he might experience death for each of us and rise from the dead, offering new life to everyone who believes. The world says, “do” to enter God’s presence, and Christ said, “done.” It matters not how much knowledge, how much money, how much influence, or how much good behavior one can demonstrate. If you believe in the work that Christ has already done on the cross as a sacrifice for your sins, the gate is opened wide to you (John 10:9).  And God is right there, on the other side, waiting to fill you with his Spirit that you might live a life pleasing to God and challenging to the world.

God did not come as president, but as a baby. He came into the world as one of us, that we might become one with Him.

As a pastor, I’ve witnessed the following more times than I can remember: People are…

Great Expectations It’s here, a new year; 365 days ahead of us that will bring…

Longing To Be Loved?

Longing To Be Loved? To be loved is undeniably one of the deepest longings of…