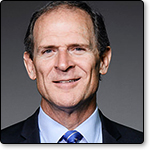 William Federer  |  10.17.2016
The Bible carries prophetic suggestion that one day a tyrant will establish a global government. On the national scale, some people fear that the polarized state of the United States may become stepping-stones for the rise of a tyrant. What do we know about trends that lead to tyrants? Bill Federer has been studying this topic in depth, and in this interview he raises thought-provoking issues related to the national and world scene, all related to historic trends. Did you know Greek philosopher Plato predicted democracy would degenerate into anarchy once people lost their virtue, then a tyrant would arise? Did you know that power inevitably concentrates into the hands of one person? What was the first nation in recorded history that attempted to rule itself without a king? (Hint: they left from Egypt around c.1400 BC). Join us as we dive into this significant topic. |  Link