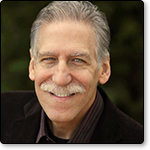 Michael Brown  |  2.29.2016
Is it possible to have too much of a good thing? Certainly not in the case of God’s grace. There are people, however, who emphasize one aspect of God’s person or work to the neglect of others. Some people are so focused on God’s grace that they have neglected the balancing force of truth. We will explore the notion of “hyper-grace,” which is the topic of a book by Dr. Michael Brown. Dr. Brown is a Jewish believer in Jesus (he came to faith in 1971 as a heroin-shooting, LSD-using, hippie rock drummer) and he holds a Ph.D. in Near Eastern Languages and Literatures from New York University. He has spoken throughout America and in more than 25 countries, and he hosts the nationally syndicated, daily talk radio show, The Line of Fire.  |  Link