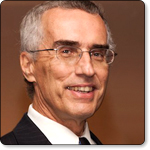 Joel Heck  •  4.1.2019
C.S. Lewis was the most famous atheist of the twentieth century, only later to become the most famous Christian author of the twentieth century. The influences of reason and experience that initially locked Lewis into his disbelief later drew him into the Christian faith. Understanding those influences may persuade the listener to believe in God, and the one who already believes to share such insights with those who do not. Link