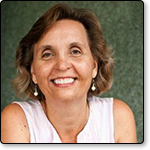 Nancy Sheppard  |  10.13.2014
Learn the story behind the Ebola outbreak from someone who was there from the start. Nancy Sheppard and her husband Mark were missionaries in Liberia when civil war broke out. The conditions became so difficult that they were forced out of the country to work with Liberian war refugees on the Ivory Coast. The work was a constant struggle to the point that Nancy had to either surrender her life to God in a new way, or give it all up. She surrendered, and God opened the door for them to return to Liberia, to work alongside Kent Bradley and others who became the first Americans to contract Ebola — and to survive it!  |  Link