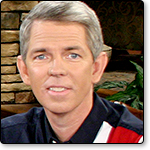 David Barton  |  7.3.2017
The United States of America seems more divided than ever. Pressures from disparate political agendas have cracked the foundation that has made this country great. Is there hope? David Barton, founder of WallBuilders, believes there is. Tune in to learn how the Church, the government, and the American people at large have reason to believe that God is at work, even now. But we must become united once again under the values that birthed our independence and set us up as a light on a hill. David is the author of numerous best-selling books, with the subjects being drawn largely from his massive library of tens of thousands of original writings from the Founding Era. Barton’s exhaustive research has rendered him an expert in historical and constitutional issues and he serves as a consultant to state and federal legislators, has participated in several cases at the Supreme Court, and was involved in the development of the History/Social Studies standards for states such as Texas and California.   |  Link