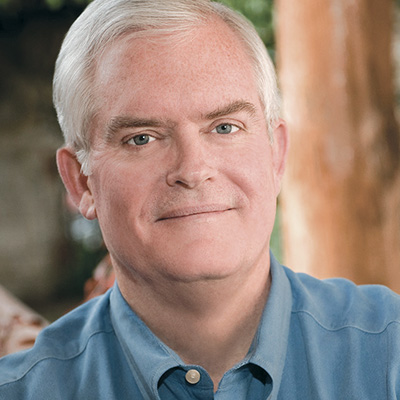 Ted Cooper Jr. founded the Bible in 90 Days (B90) in 2002, following almost 20 years in the computer industry. A lifelong agnostic, in 1999 Ted read the Bible from cover to cover in three months. Not only did this experience transform Ted into a believer, it led him to develop a unique curriculum to help others succeed in doing this reading.

Ted was an avid reader and had a nice job in the computer industry. During his lunch hour at work he would read books. Over the years it seemed as though he had read everything except the Bible. Even though he was an agnostic, Ted decided to read the most popular book in the world. After getting half way through, he became a believer. That’s right, he didn’t even get finish reading the Old Testament when God changed his heart.

Ted quit his job and began a ministry to help others experience the same thing he did. Now, that ministry has changed hundreds of thousands of lives — one life at a time — all over the world. B90 has helped churches, communities, small groups and individuals in all 50 states and 22 foreign countries.

Churches hosting Bible in 90 Days include: Assembly of God, Baptist, Bible, Catholic, Christian, Church of Christ, Community, Episcopal, Evangelical Free, Lutheran, Mennonite, Methodist, Non-denominational, Pentecostal, Presbyterian, United Methodist, and Vineyard. Ted has served on a number of professional and charity boards, and is an elder at First Presbyterian Church of Houston. Ted and his wife Becky live in Houston with their three children.